Darien is a coastal town in Fairfield County, CT, in between Stamford and Norwalk. Darien is one of the wealthiest communities in the US. It was listed at #8 on Time’s list of “The 10 Richest Towns” in the United States in 2014. According to Time, “59.7% of households make more than $150k.”

Situated just off of I-95 between the cities of Norwalk and Stamford, the town is a bedroom community with relatively few office buildings. Most workers commute to Manhattan, and many also work in adjacent cities. Two Metro-North Railroad stations – Noroton Heights and Darien – link the town to Grand Central Terminal and the rest of the New Haven Line.

In 2015, Connecticut Magazine named Darien as #3 in their Rating the Towns Report in towns with a median home value $325,000 and up. The rating considers education, economy, crime, civic engagement and leisure.

According to Money Magazine’s 2016 Best Places to Live Report, Darien, CT has the following stats: 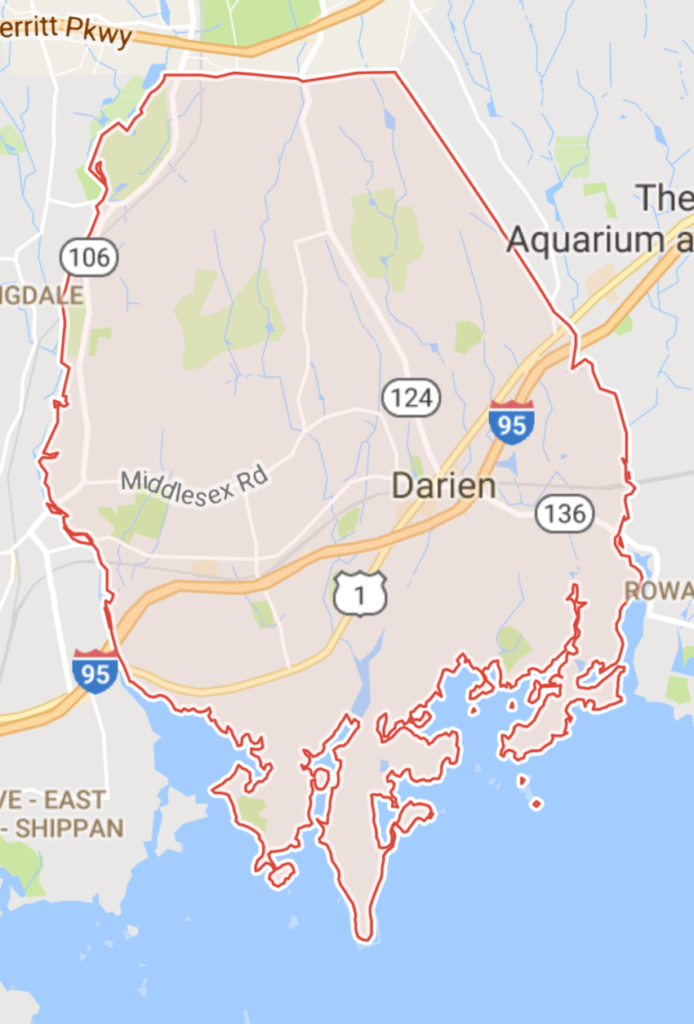 Darien is served by Darien Public Schools, and Darien High School was ranked No. 1 in the “U.S. News Best High Schools in Connecticut” in 2013. In June 2012, 24/7 Wall St. ranked Darien as the 10th wealthiest school district in the United States.

Darien has five elementary schools, one middle school, one high school and one private school: